A Happy New Year to all our Members and Supporters.

During December quite a few of our team were involved in the ELR Santa trains but there had still been some restoration activity happening behind the scenes.

80097 continued to be regularly rostered on the ELR on both service and dining trains. She took part in the Santa Special trains.

After two years of steady running, 80097 is having her winter maintenance by Alan, Carl, Nigel, Christian and Matt.

This maintenance will continue and 80097 is rostered to run at the ELR Spring Steam Gala at the end of February.

In the workshop the Ivatt restoration has been slowly progressing by Nigel, Dave and Alan. A new buffer beam has been made and prepared for bolting in place, once the support brackets have been renewed.

The broken studs that hold the fixing bracket for securing the boiler to the frames are being drilled out ready for replacement.

New 1" studs for fixing the piston valve and main cylinder covers in place have been made and fitted.

The new pony truck swivel pin has been fitted and a former made to enable the pony truck axle box to be filled with new white metal.

Rodney has been housekeeping and sorting out the tool storage.

Keith has almost finished the refurbishment of the L & Y wagon, which is now ready for painting when a dry weather period arrives.

He has now moved on to refurbishing the roof of a GWR design toad brake van, which he has been able to get inside the C & W shed.

Things are getting moving again after the covid limitations. Anyone who would like to join us would be very welcome.  More hands means more progress !

As the East Lancs Railway is closed to passengers until the 12th February, it has been decided to open the fund raising Shop at the end of platform 2 at Bury Bolton Street station just on a Sunday until then.

During this time workshop tours can be arranged for anyone who is interested in joining our restoration team.

The Shop team can be contacted by email at :       [email protected] 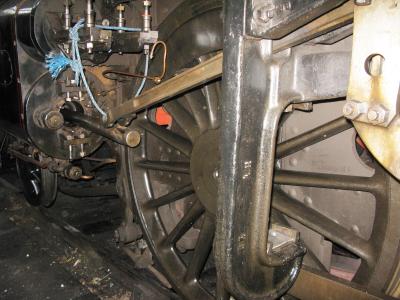 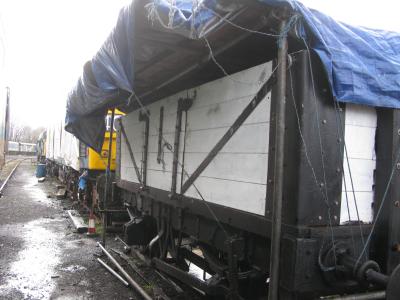